Arktikum is one of my favourite spots to see the northern lights in Rovaniemi. It is situated conveniently near Rovaniemi centre. The Arktikum Park is a beautiful site located near the Ounasjoki river, with an open access to the shore. Usually, this is where the auroras is the easiest to be seen.

Beautiful architecture of Arktikum building is a great addition to the northern lights, and I like to picture both of them together. The Arktikum dome can be photographed from different angles, from the sides of it, as well as from below, near the pond.

The aurora forecast was very good on 15 September 2019, so I packed my gear and headed to Arktikum.

When I arrived to the Arktikum museum, I had a sense that auroras are coming. As soon as I’ve set my tripod, the auroras began! They were really small at first, but that’s quite normal. There were a couple more people taking photos at the location as well. 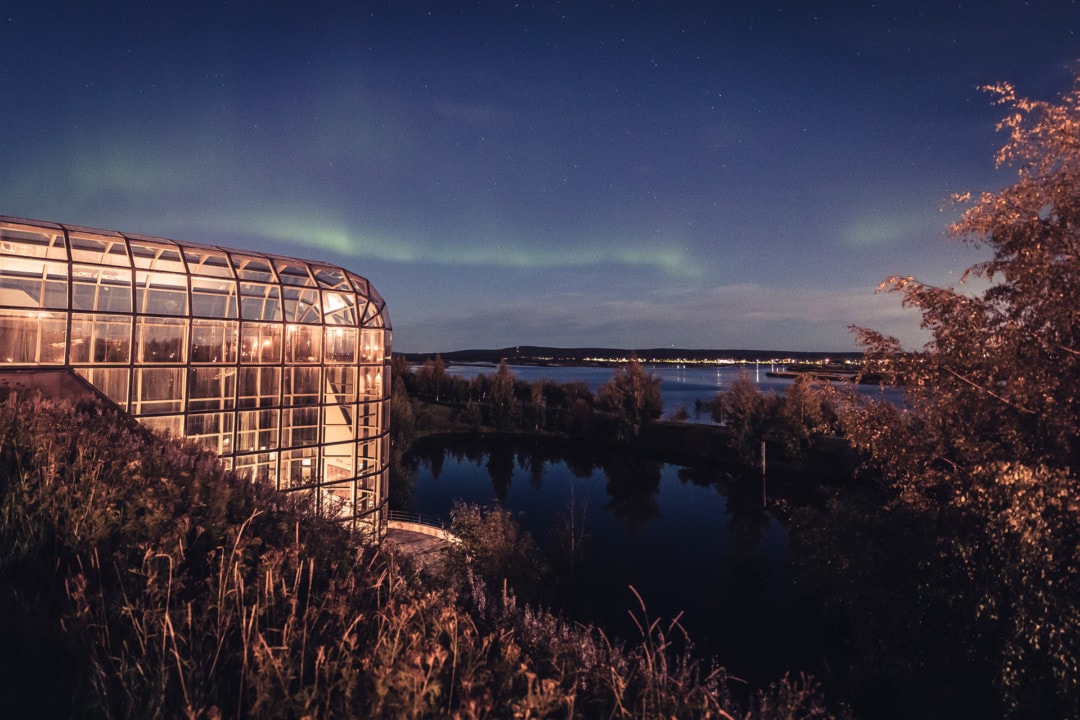 I walked around the area a little to find the best angle for photos for the night. There was a small aurora in the air, and I even made a little selfie next to the Arktikum’s glass tube. 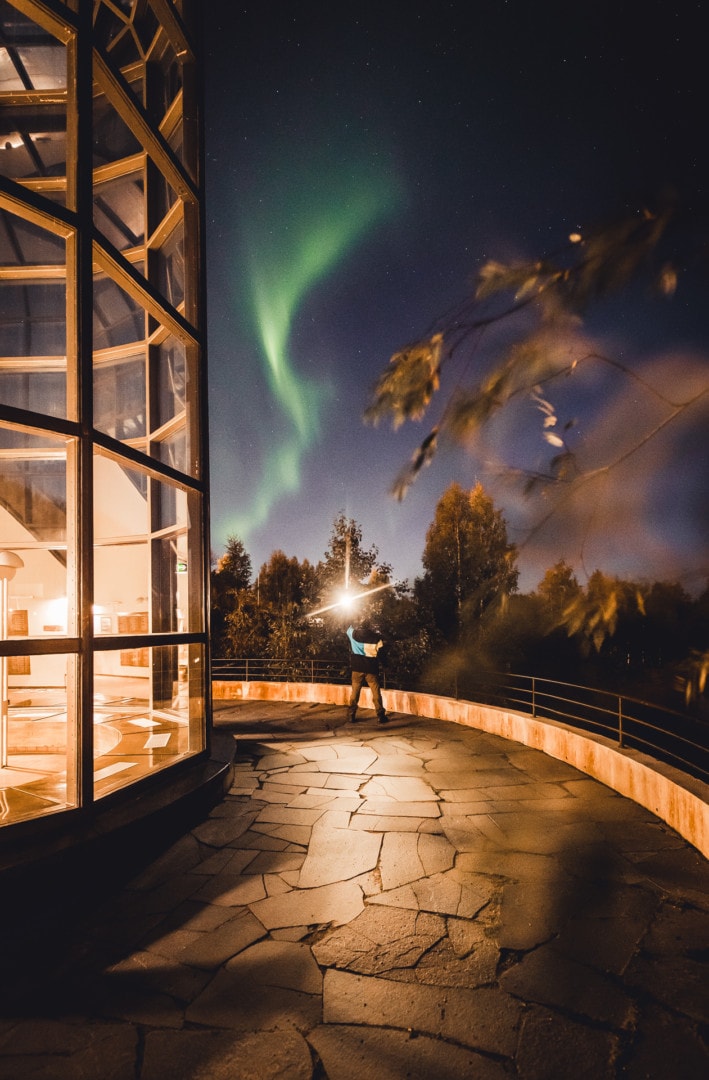 The auroras started intensifying, and I ran to the shore of the lake, as I like how the auroras reflect in the water. The northern lights were moving fast over the sky. I captured everything on video as well! (See the video at the end of this post).

A couple of hours have already passed, and it looked like the show was over…but it wasn’t! The aurora storm was not in the forecast, but the aurora was intensifying again. I ran to the bank near the glass tubes to capture more images. Too shame that everyone else was already gone! How often does this happen that tourists only stay there for 15–30 minutes, and leave home, missing the main show!

The aurora danced graciously over the river, allowing to capture beautiful photos. 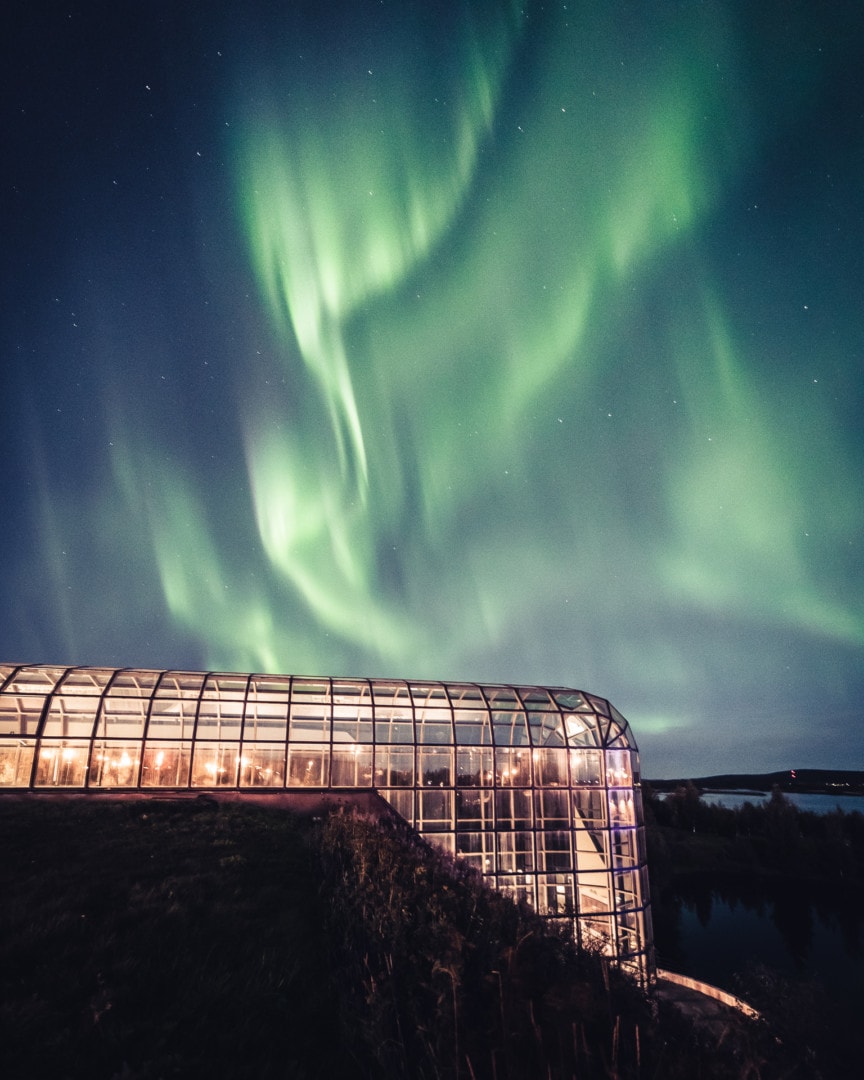 Wow! What a night! Check also my other post which tells about the best places to see the northern lights in Rovaniemi.

I can warmly recommend visiting the Arktikum Museum itself, as it gives a very good view into the Arctic Culture and the history of Rovaniemi region!

Watch the Aurora Vlog that I captured during that night below: 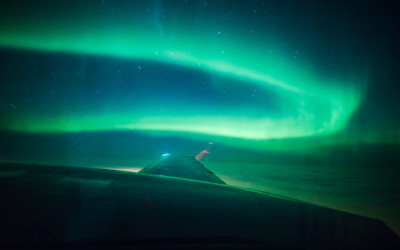 Seeing northern lights on a private flight in Rovaniemi

Northern lights flight is the most exciting aurora tour in Rovaniemi. It will take you above the clouds to see the northern lights in cloudy weather.