Usually, the northern lights can be seen again in Lapland at the end of August. This is when the nights become dark again in the north. They start really slow and mellow, and seeing the first really bright auroras is always a great experience!

By the end of August 2019 I have already hunted northern lights for several nights. Three of my first attemps ended in vain, as the auroras either did not appear, or I left too early to wait for them. I did, however, seen small northern lights on a couple of nights.

Finally, there was some aurora storm in the forecast, but, as usually, the weather turned cloudy. I have spent one night aurora hunting, and driven 300 kilometres to find clear skies, all in vain. When I was about ready to head home, the clouds dissipated, revealing a little glimpses of aurora.

Second night: aurora storm continues, but it’s cloudy again. This shall be my rest day.

Third night: the sky is half-clear! But will there be auroras? Interesting question. Let’s go and find out!

I’ve headed out into the wilderness, and set my cameras. I have immediately seen some weak auroras, but honestly speaking, they were not really that great. The “real” auroras were not in a rush to show up.

A few hours have passed, but the auroras remained barely visible. Luckily, it was very warm even at night, +15 degrees. Such weather for aurora hunting is pure luxury! I’ve decided to spend my “free time” waiting by recording the v-log about my experience. You can see it at the end of the post.

I was already packing up my gear, but decided to take one last photo. This is the aurora decided to show up! Nice! I did not really plan to have auroras coming from my head, but this is what happened. 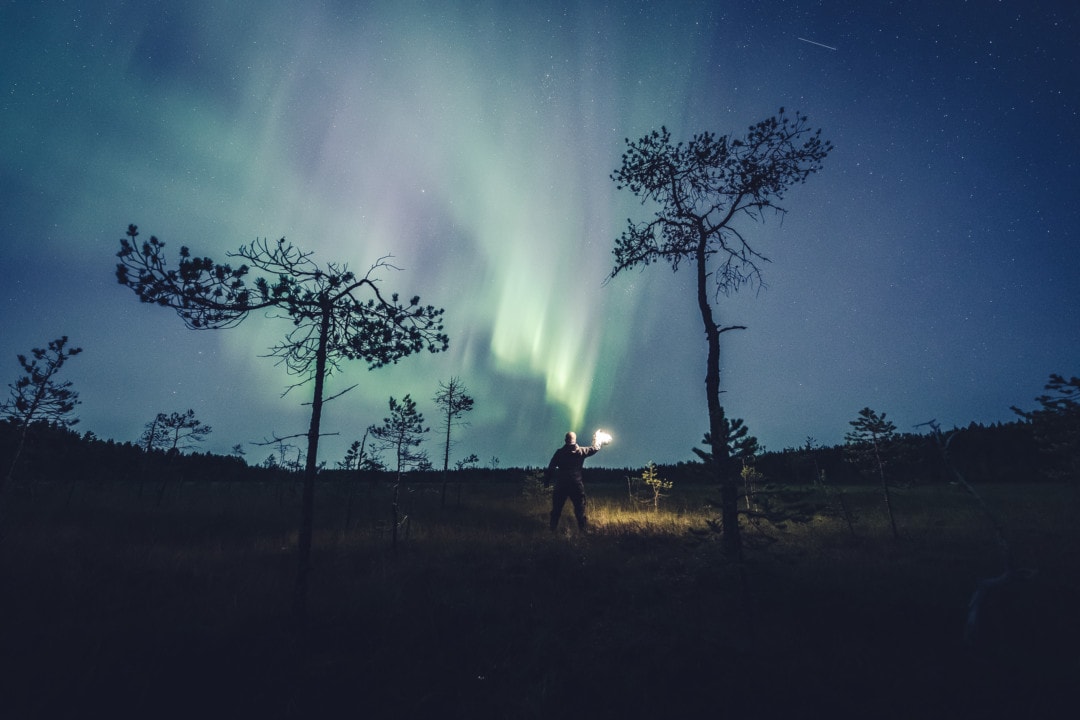 Time was already 2AM, I’ve decided to stay a bit longer. That was certainly the right decision! Usually, my creativity unleashes later during the night. The auroras were also intensifying. 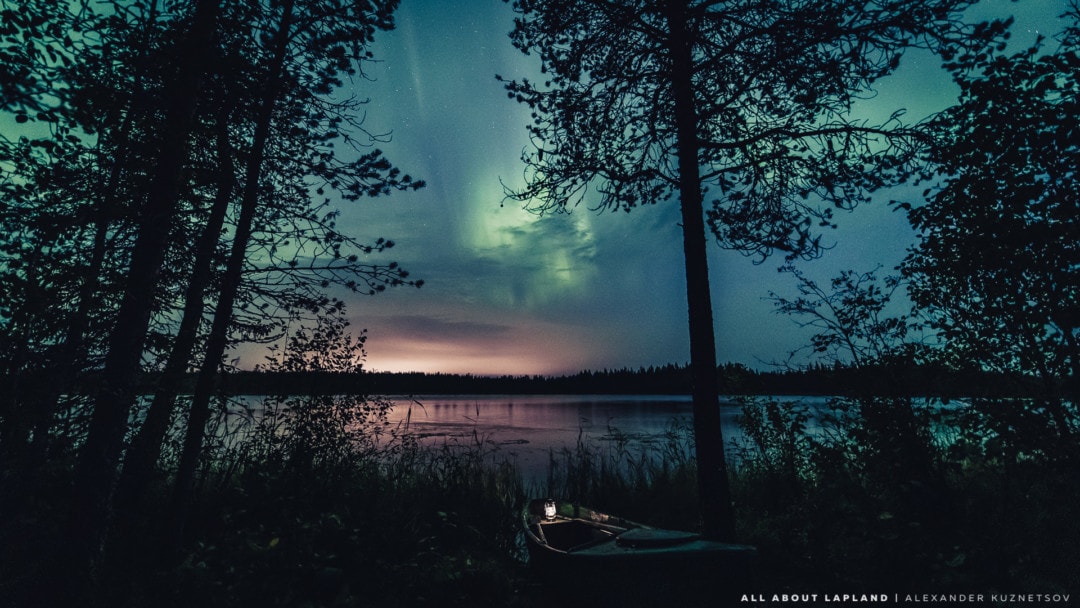 Finally, the big aurora “boom” arrived! A huge green ball started forming about my head, and I rushed to my cameras. The auroras were amazingly bright, vivid and fast. They moved over the horizon to the north, playing and dancing. As it often goes, the most beautiful auroras only lasted for a few minutes. Still, it was a show to remember! 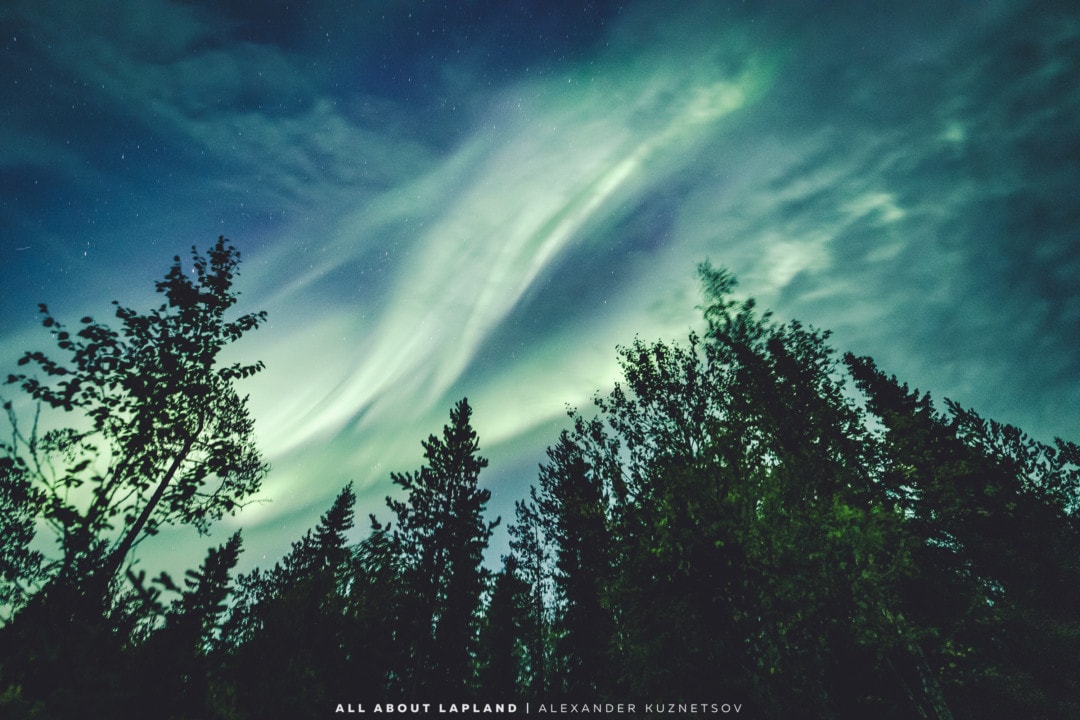 Check these amazing videos that I’ve captured during my last aurora hunting trip.
Visit our Youtube